The future looks exciting for Hamilton Park, with additional fixture in 2022 and new Directors appointed to the Board.

The past year has been one like no other for everyone, not least the team at Hamilton Park, whose season came to a close this week. When the season got underway in May initial fixtures were unfortunately staged behind closed doors, and it wasn’t until the end of May before the Lanarkshire resort were finally able to welcome crowds back, albeit in limited numbers.

The incredible help and support Hamilton Park received from South Lanarkshire Council helped them through the ever-changing Government guidelines, and ultimately enabled the award-winning resort to lead the field in getting their customers back on course in Scotland. Throughout these challenging times, the team of staff at Hamilton Park took on different roles and additional responsibilities to get the show on the road, and their well thought out and structured plans allowed them to operate a safe and secure site for all customers and staff.

Following the relaxation of the restrictions placed on events and further adaption of their operational plans, the ever-popular Ladies’ Night in July saw a crowd of 4,500 return to the racecourse which had not been seen since 2019. The following month saw further restrictions ease to allow full capacity attendances, and the racecourse celebrated in style on Lanark Silver Bell Racenight, with the return of George Bowie and his legendary GBX Anthems in front of a record crowd.

As attention now turns to 2022 and the season ahead, the racecourse has announced the expansion of the Racecourse Executive with the appointment of two new Directors to the Board. Group Financial Controller, Fiona Murdoch, who joined Hamilton Park in January 2018, has been appointed as Group Finance Director while Racecourse General Manager, Ashley Moon, who has continued to develop his career having joined Hamilton Park in 2008, now becomes Racecourse Executive Director. 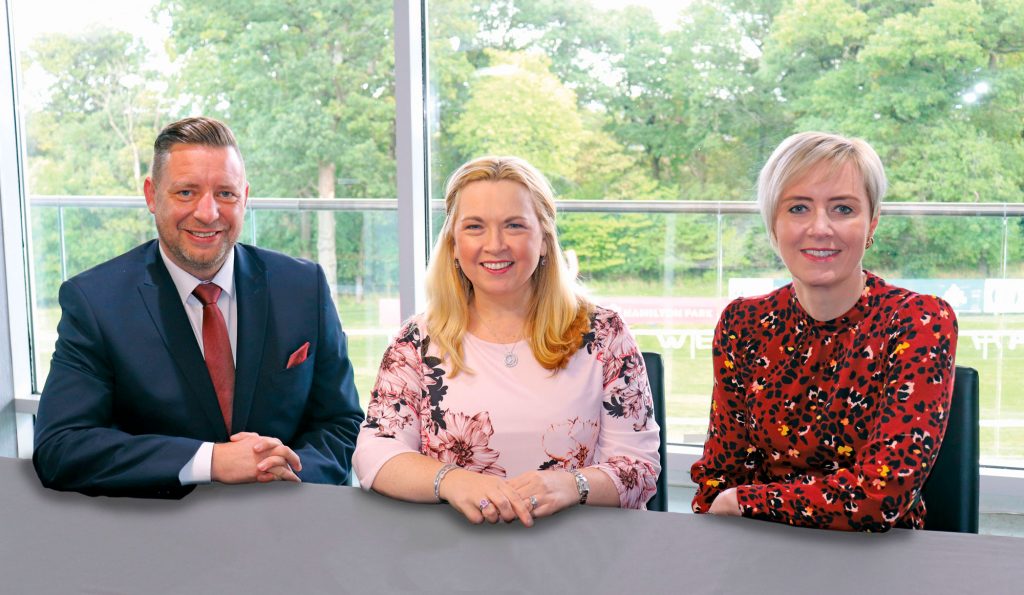 Vivien Currie MBE, Group Chief Executive at Hamilton Park, said: “I am so pleased to welcome both Fiona and Ashley on to the racecourse board of directors.  They have both given me tremendous support throughout the last two seasons in particular when the whole racing industry has faced the effects of the pandemic.  Their experience and skills complement each other perfectly and I am confident they will each make their mark in guiding Hamilton Park through its next stage of development as a business, racecourse and resort. “

Plans are already underway for next year’s racing fixtures, investing further in Prize Money levels and with the addition of a new Sunday Series twilight fixture on Sunday 8 May. The 2022 fixture list now boasts a total of 19 fixtures, including highlights such as Ladies’ Night, Heineken UK Glasgow Stakes Racenight and Phoenix Utilities Lanark Silver Bell Racenight which will again see George Bowie take to the stage after racing. Racegoers are set to be able to enjoy the best entertainment alongside some of the finest thoroughbred racing action.

Make Hamilton Park a must for your diary in 2022, with the season opening on Sunday 1 May. For more information including next seasons fixture list please visit www.hamilton-park.co.uk.

You Are Here: Home News Hamilton Park looks ahead after 2021 season finale